AMICI E RIVALI – dice Eric: “The last arrow was for sure the most difficult one because we are both at the same level.” 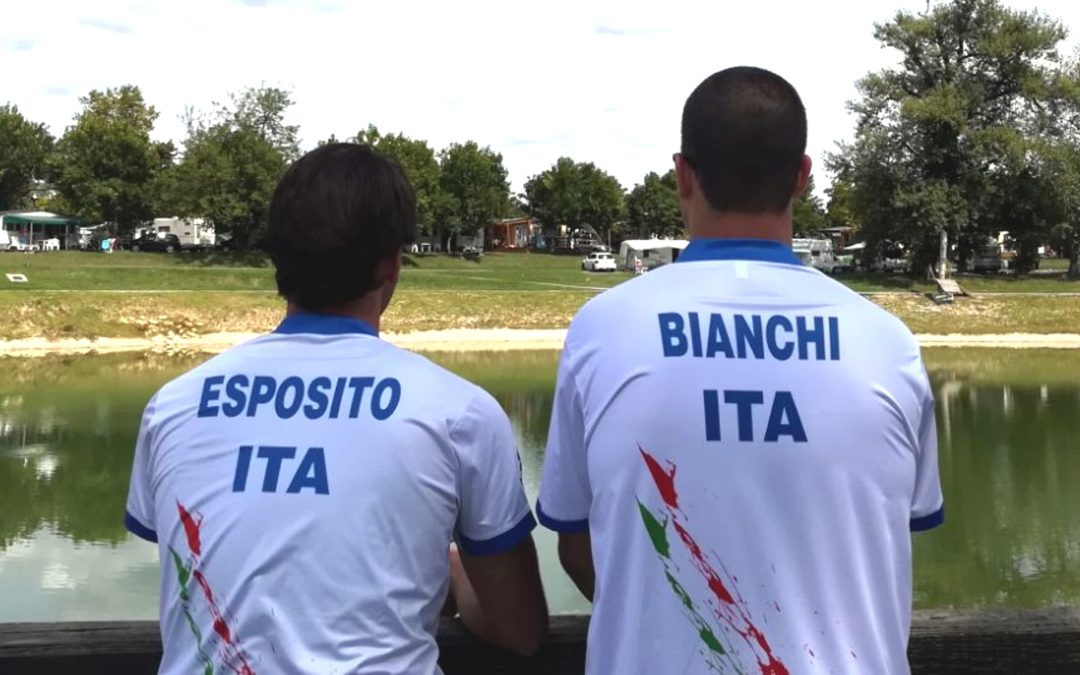 ANDREA VASQUEZ
9 September 2018
Cortina (ITA)
The championship host collected four gold, one silver and one bronze in the junior categories.

The barebow junior men’s gold medal match between Esposito and Bianchi went to a single-arrow shoot-off after the two were tied at 41 points after the four targets.

“It was difficult but we gave everything we could,” said Bianchi. “I still need to work on how to handle the stress because in this case, it’s important to keep the guard high.”

Esposito opened the fourth and last target with a four and followed with a miss; Bianchi with a two and a one. Esposito landed his last arrow in the two. Bianchi, needing one point to win, missed the target and sent the match to a shoot-off.

“We had the same opportunity to win and getting into a shoot-off at a world championships is challenging,” said Eric, who scored a four to David’s three on the 45-metre uphill tiebreak target to take the match.

“The last arrow was for sure the most difficult one because we are both at the same level.”